How many cameras are used in an AutoAuditorium System?

An optional fourth camera would provide an additional cover shot.  It is typically mounted above the corner of the stage furthest from the lectern and pointed across the stage.  Having more than one "covering" shot used while the Tracking Camera repositions itself makes for a more interesting program.

How does the Tracking Camera follow people without tags or targets?

The AutoAuditorium Tracking Camera subsystem uses a patented optical motion tracking technology to keep the person on stage in sight.  The "front of room" camera serves as a "Spotting Camera", looking at the entire stage area, watching for the person giving the talk.  The Foveal Systems' AutoAuditorium Controller then drives the Tracking Camera to follow that person as they move around.

Because the Tracking Camera follows whoever is on the stage, there is no need to have that person carry or wear a tag or target, as some other tracking cameras require.

You don't have to "identify" the people to the system.  What does that mean?

There are other tracking camera systems that follow a person (or other target) because they are wearing a specific color.  That color must be identified to the camera system during an initialization step.

There is no "initialization step" for the AutoAuditorium Tracking Camera.  It begins tracking any person on the stage as soon as the system starts.

What happens when one person leaves the stage and another gets on it?

The AutoAuditorium Tracking Camera does not require any initialization or identification of the person to be tracked.  So, if I am speaking on stage and finish my talk, I might leave the stage by the stairs on the right.  Since you are the next speaker, you may come up to the stage on the left.  When I am no longer within the Spotting Camera's Search Area (see illustration below) and you are seen by the Spotting Camera, then you will become the person to follow.  The Tracking Camera will be aimed at you and will follow you while you are on stage.

The system installation includes steps that align the Spotting and Tracking Cameras.  The installer defines a "Search Area" and an "Extraneous Motion Area" in the image taken by the Spotting Camera.  See the illustration.

The Search Area defines the portion of the Spotting Camera image where motion will be considered significant.  It is set so that people seated, or, if possible, standing, in front of the stage are not considered as targets for the Tracking Camera.

Likewise, the Extraneous Motion Area is defined around the projection screen.  For motion within the Extraneous Motion Area to be considered significant it must be adjacent to motion outside that area, and still within the Search Area.  Generally, when the speaker stands in front of the screen, the slide is not changing, so the Tracking Camera only responds to her.  Even if there is motion in the slide while she is standing in front of the screen, the tracking camera just zooms out to include her and the screen, which generally looks OK.

Also, a minimum target size and maximum target size is defined, which helps keep the Tracking Camera subsystem from being distracted by things much smaller and much larger than a person.

These concepts are discussed a bit more in a paper presented at the 1998 NIST Smart Spaces Conference.


What if two people are on stage at the same time?

When the system identifies one moving target inside the Search Area, the system labels it as "significant" and the Tracking Camera follows it.

If a second moving target is identified, the system remains aware of it, but the Tracking Camera does not follow it right away.  For instance, if someone comes in late and walks into the Search Area but then immediately sits down, the Tracking Camera ignores that person.

How does the Director automatically select which shot to show?

As with the Tracking Camera, the patented AutoAuditorium Director uses information from camera images to determine what is going on.  The camera pointed at the projection screen sees the images that are shown there.  If there is nothing on the screen, then the Director knows it should not show that camera, as it contains nothing that would be interesting to the audiences.

However, as soon as an image is projected on the screen, the Director detects its presence and selects that camera to be part of the program.

Should the image on the screen stay there for a long time (which is a tunable parameter) the Director figures that the audiences have had a good chance to read and understand what is there and thus it may choose to cut away from the screen.  It will then cycle between showing and not showing the screen until:

Some programs are very complicated.  Can I run the system by hand?

We can include a joy-stick control box for the Tracking Camera.  A switch then gives the user a choice:

What are the audio requirements of an AutoAuditorium System?

The design of the audio system is very important to the production of a high quality program and should not be overlooked. The audio system must be designed to serve two very different audiences: An AutoAuditorium System installation is likely to have at least one wireless microphone and a microphone built into the lectern.  If being installed into an existing room, then use of the existing public address system may provide a number of microphones, especially wireless microphones, as part of the basic system.  To be able to pickup audience questions and commentary, your choices range from as simple as "passing around a hand-held wireless mic" to strategically placing microphones in the ceiling.  Some facilities may lend themselves to use of wired conference mics.  Audio and video signals flow independently so you are assured that the sound and image quality of your program will be unaffected by the AutoAuditorium Controller.  A well designed audio system will only serve to enhance the effectiveness of programs produced using an AutoAuditorium System.

What is an example of an AutoAuditorium audio mixing system?

The best audio system design has much to do with the variety of acoustical and architectural considerations unique to a given venue.  Several AutoAuditorium installations follow this model:

Because the AutoAuditorium Controller operates independently of the system's audio signals, you have the maximum flexibility to design a system that will best meet the needs of both your local and your remote audiences.

If you are unsure of your sound system requirements, please contact us.  We will discuss your specific needs and analyze your requirements.

What video encoding does the AutoAuditorium System use?

The AutoAuditorium System captures a presentation as "base-band video and audio".  Since a video recorder is generally included in the installation, it is the easiest way to capture a talk.

Camera video is used only as a reference to make intelligent and professional program decisions.  Video signals flow independently and are unaffected by the AutoAuditorium Controller.  Therefore, you may use any of the common video formats including some of the newer digital video recorders.

The base-band video and audio can be sent to a video network using any of the common base-band converters, but such converters are not part of an AutoAuditorium System.  If requested, we will help customers make the connections to video networks, but the cost and engineering of those networks are their responsibility.

Likewise, the base-band video and audio of an AutoAuditorium program could be recorded and/or transmitted digitally over a computer network.  Again, if requested, we will help customers make the connections to such digital networks, but the cost and engineering of those networks are their responsibilities.

Would you consider our company as a supplier and installer?

Why not make a portable AutoAuditorium System?

The economies that an AutoAuditorium System offers derive largely from the fact that it is permanently installed in a room.  That means it is always there, ready for use on very short notice.  Getting ready takes less than 10 minutes.  (Turn the AutoAuditorium Start switch ON and press RECORD.  Give your presentation.)

However, the actual installation requires considerable planning and effort to figure out the most advantageous places to put the cameras and microphones.  The installers must then align and tune the Tracking Camera and Director image analysis subsystems.  Finally, the Audio Mixers are interconnected with the existing room's sound system.

To make a reasonable and effective portable installation would require some time and effort placing and cabling the cameras and microphones, and require considerable expertise in the subtle ways an AutoAuditorium System interacts with its environment.  Then, once the programs were finished, all the system components would have to be taken down and packed up.  The amount of time and effort would probably be as much as or greater than having a crew set up a normal remote production.

The fully automatic features of the final installation must be a compelling factor to warrant repeatedly installing and removing a portable system.

Is computer content always captured with a camera pointed at the screen?

It is a customer choice.  The value of having a camera capture the screen is that anything on the screen is seen in the recording, including

But a direct feed of what is going to the projector can be substituted, so long as it arrives at the Video Mixer as a television signal.  In modern installations, that is almost always a variation of 1080i HD. 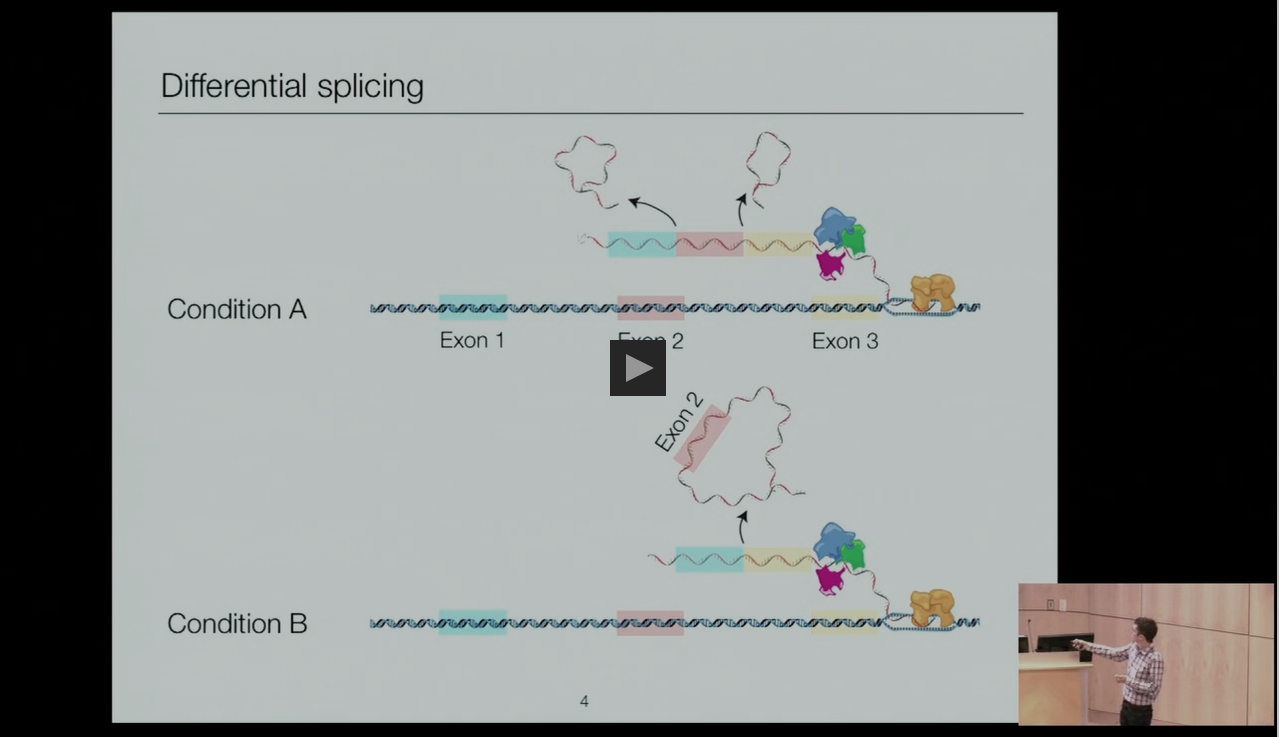 In some recent HiDef installations, the customers have decided that the HiDef Screen Camera image is close enough to the HiDef direct feed, that it isn't worth while to switch between them.

The sensitivity to laser pointers is valuable in general.  AutoAuditorium System is usually configured to switch away from the screen image (camera or direct) if it does not change for a long time.  But it will quickly return to the Screen Camera image if it sees any change in the image, including the presence of a laser dot.

There is no magic here.  Laser dots that are too small or not readily visible to the audience are often not detected by AutoAuditorium System.  Big, bright, (now-a-days) green dots seem to work best.

Why can't the presenter control what the AutoAuditorium System is doing?

This speaks to one of the ways AutoAuditorium Systems differ from many other lecture capture mechanisms.

Teaching is hard enough.
The distance learning mythology implies that the instructor:

The AutoAuditorium Philosophy is that the person giving the lecture should not have to be aware of what the System is doing, let alone manage it.  And the resulting video should be nearly good as being there.
(My thoughts on giving the instructor a view of the AutoAuditorium System recording while teaching are available upon request.)

What is the advantage of having a single image of the presentation?
Lots of lecture capture systems simply record the presenter and the screen and present both of them side-by-side.

But I, for one, find multiple views distracting.  Where should I be looking?  And sometimes the loss of resolution in the screen image and be a problem.

There are also systems where the viewer is expected to pick which camera to look at, but that can be a distraction from the material being presented.

AutoAuditorium System editing emphasizes the projected image, especially when it is changing or being pointed at.  It places a Picture-in-Picture of the presenter when there is an empty space on the projection screen, much as a human editor would.  That way the graphics and the presenter's body language are in easily visible much of the time.

For information on how you can own an AutoAuditorium System, please contact us ...